Many churches in the United States celebrate All Saints’ Day to honor all the saints, particularly those who do not have their own special feast day, on November 1.

Some eastern churches in the United States celebrated this day on the first Sunday after Pentecost. It is also known as All Hallows Tide, All-Hallomas, or All Hallows’ Day. 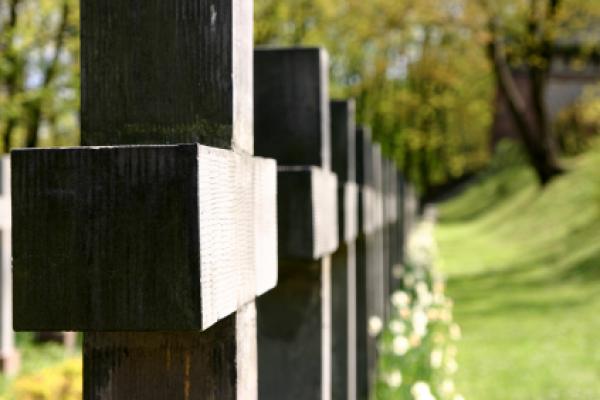 All Saints’ Day is a day when some people bring flowers to the graves of their loved ones who passed away.

All Saints’ Day is celebrated in many areas of the United States, including where there are large Roman Catholic populations. In New Orleans, for example, people gather in local cemeteries and decorated the graves with flowers. The descendants of the French Canadian settlers around St Martinsville, Louisiana, observe this day in the traditional French manner by laying wreaths and bouquets on even the most obscure graves and, as darkness falls, by lighting candles throughout the anticipation of All Souls’ Day on November 2.

In the United Methodist Church, All Saints’ Day is observed on the first Sunday in November to remember deceased members of the local church congregation. A candle is lit as each person’s name is called out, followed by a prayer offered for each soul.  Many Latin American communities in the United States hold celebrations around November 1 and 2, linking with All Saints’ Day and All Souls’ Day (November 2). These celebrations are part of the Day of the Dead, also known as Día de los Muertos.

All Saints’ Day is not a federal public holiday in the United States.

According to some sources, the idea for All Saints’ Day goes back to the fourth century when the Greek Christians kept a festival on the first Sunday after Pentecost (in late May or early June) in honor of all martyrs and saints. Other sources say that a commemoration of “All Martyrs” began to be celebrated as early as 270 CE but no specific month or date is recorded. Pope Gregory IV made All Saints’ Day an authorized holiday in 837 CE. It is speculated that the chosen date for the event, November 1, may have been an attempt to supplant the pagan Festival of the Dead (also known as Samhain or the feast of Saman, lord of death).

Symbols commonly associated with All Saints’ Day are:

The liturgical color is white on All Saints’ Day.

About All Saints’ Day in other countries

Read more about All Saints’ Day.