New Year’s Eve, which is on December 31, is the last day of the year in the United States. It is a major social observance and many parties are held, particularly in the evening. 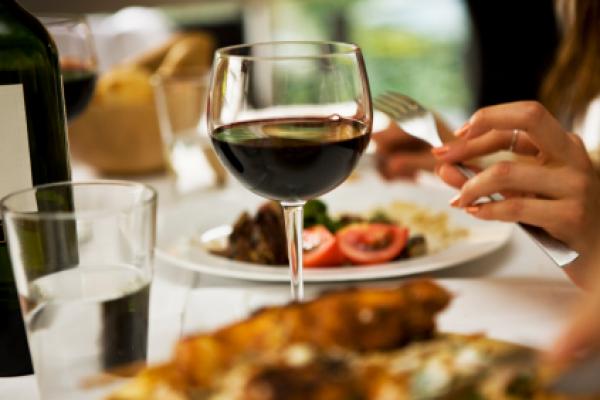 Many Americans attend special New Year’s Eve celebrations where food and drinks, such as wine, are served.

New Year’s Eve is a major social holiday for many people in the United States. Many people hold parties at home or attend special celebrations to celebrate the upcoming New Year. In many cities, large scale public events are held. These often attract thousands of people.

A particularly striking aspect of the New Year’s Eve festivities is the ball drop in Times Square in Manhattan, New York City. The ball is made of crystal and electric lights and is placed on top of a pole, which is 77 feet, or 23 meters, high. At one minute before midnight on December 31, the ball is lowered slowly down the pole. It comes to rest at the bottom of the pole at exactly midnight. The event is shown on television across the United States and around the world. The event has been held every year since 1907, except during World War II.

Across the United States a range of cities and towns hold their own versions of the ball drop. A variety of objects are lowered or raised during the last minute of the year. The objects are usually linked to an aspect of local history or industry. Examples of objects ‘dropped’ or raised in this way include a variety of live and modeled domestic and wild animals, fruit, vegetables, automobiles, industrial machinery, a giant replica of a peach (Atlanta, Georgia), an acorn made of brass and weighing 900 pounds (Raleigh, North Carolina) and ping pong balls (Strasburg, Pennsylvania).

December 31 is not a federal holiday, but it does fall in the holiday season at the end of the year. It is a holiday in some states like Kentucky, Michigan, and Wisconsin. Most schools and other educational institutions throughout the United States are closed. Some organizations are closed and others are open but offer limited services. Many stores are open on New Year’s Eve, but may close early. Many theaters, clubs and other entertainment venues have special programs. It may be necessary to reserve tickets many weeks in advance.

Public transit systems may operate normal or reduced services. Some companies extend their schedules into the early hours of January 1 to enable people who have attended New Year’s Eve parties to return home safely. If you need to use public transit on December 31, it is wise to check the appropriate timetables carefully before you travel.

There may be some congestion to traffic or diversions around large scale events. Diversions may be in effect in the days before New Year’s Eve so that stands can be built. It is wise to check the local media if you wish to drive to or near large scale events.

In both the Gregorian calendar, currently used in the United States, and the Julian calendar, which was used until 1752 in the British colonies, the last day of the year is December 31. In Europe, the mid-winter period was traditionally associated with feasting and parties. In the early years of the American colonies and within the United States, this type of celebration was often frowned upon, particularly by religious communities.

Around the start of the 1900s, New Year’s Eve celebrations in America started to appear. The first Ball drop in Times Square was held in 1907. Around the same time, special events to welcome the New Year started to be organized on January 1.

About New Year’s Eve in other countries